What if the world was originally created as a matriarchy?
(*cue dramatic gasp*)

John Howard Yoder often explored this possibility by laying out the following pieces of evidence [discussed in Nugent’s The Politics of Jesus, 26-28]:

[1] The Word “Helper”
Yoder claims that the connotation of subordination which “helper” has in English is not present with the Hebrew word. The other 5 times the word appears in the Pentateuch it always refers to God. It appears that Eve is the crown of creation, who fills in a gap in the original creation. The point seems to be that the man is dependent on the woman (not vice versa). The man was called to leave his family and build his life around his wife (Gen. 2:24). The Edenic culture depended on what Ancient Israelites would have seems as women’s duties (gardening and gathering) as opposed to men’s duties (hunting and fighting).

2) The Role of Eve in the “Fall”
If the evidence above is accepted as portraying Eve in a unique leadership role (pre-Fall), it then causes one to read the narrative of the fall in a different light. Interestingly, the serpent approaches Eve, not Adam. What if this is not because she is weak and easily deceived, but because she was seen as the natural decision-maker? After Eve’s choice, Adam eats what is set before him without any hesitation.

3) The Curses as Reversals
The curses that come because of the Fall are a reversal of things as they were in the prelapsarian state (animal roles are reversed, joy of birth is overcome with pain and death, those given charge over creation are now its slaves, life-giving ground now receives death, etc). Among all these reversals, it is noteworthy that a matriarchal structure gives way to a patriarchal lordship. This in fact leads Yoder to an interesting interpretation of 1 Timothy 2:11-15 as he sees Jesus’ redemptive work as restoring the dignity of women (for another post, perhaps).

I’m not sure I’m completely convinced by Yoder, but it’s an interesting alternative reading.

What do you think?
Do you agree that the world was structured as a matriarchy
before sin entered in and brought death? 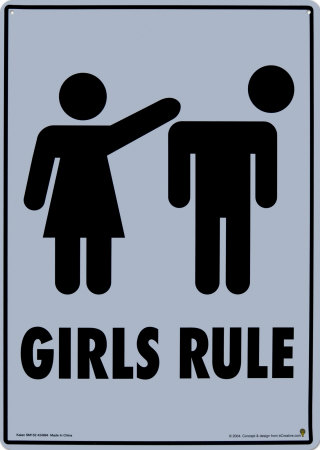