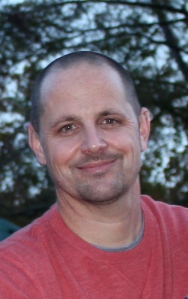 Chad Chambers is graduate of Texas A&M University (BA – Biology), Houston Baptist University (MATS) and Duke Divinity School (MTS). He is currently a PhD candidate in New Testament and Hermeneutics at the London School of Theology. Chad is an Adjunct Professor in HBU’s School of Christian Thought, and once upon a time was a church planter, a youth minister and a golf professional, too. Chad is married to Teresa and they have three boys – Cooper, Nate, and Cade.

Chad is most interested in Paul’s letters, specifically Pauline soteriology. He also dabbles in metaphor theory, literary theory, and general hermeneutics. He has blogged at Cataclysmic since 2010.

Jessica Parks is an ardent language nerd and happily married to one as well. She is currently the Media Producer in Content Innovation for Logos Bible Software (Faithlife Corporation). She recently earned a Master of Arts in Biblical Languages and has completed additional course work in Theological Studies. Jessica is marred to Jimmy and they have two dogs – Charlie and Parker. Jessica and her husband attend First Baptist Church in Bellingham and enjoy hiking, bicycling, and other outdoor adventures in their new home of Bellingham, WA.

In addition to biblical languages and linguistics, Jessica is most interested in the Septuagint, early Christianity, patristics, hermeneutics and theological interpretation, as well as gender issues.

Mike Skinner is the Lead Pastor of First Colony Christian Church (Sugar Land, TX) and has served in that role since January of 2009. He also teaches full-time at a local high school, Fort Bend Christian Academy. His class at FBCA is the freshmen Bible course which covers the four Gospels and the book of Revelation. Mike got his undergrad in Christianity & Biblical Languages from Houston Baptist University, where he also got his Master of Arts degree in Theological Studies.

Mike is particularly interested in hermeneutics, political theology, theological ethics, homiletics, and patristics. Since he wrote his master’s thesis on Cyril of Alexandria, it would be fair to expect some reflections on Cyril’s work and theology. 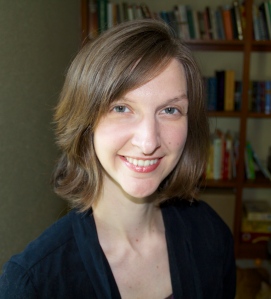 Michelle Mikeska is an elder at First Colony Christian Church, where she serves as needed either through preaching or teaching.  She has also served at her church as the College Pastor.  She currently works full time as a teacher at Houston Christian High School where she teaches Christian Worldview to seniors.  Michelle received her Master of Arts in Theological Studies at Houston Baptist University, and completed a Masters thesis on the personification of Wisdom in Ben Sira and Wisdom of Solomon.  Michelle is married to Zack and they have two cats – Ellie and Strider (and yes that name is referencing LOTR).

In addition to being a Tolkien fanatic, Michelle is specifically interested in patristics, hermeneutics, ANE studies, applied ethics, and Second Temple Judaism. 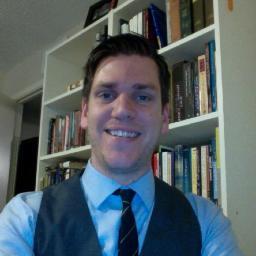 Jimmy Parks is a graduate of Houston Baptist University (MA in Biblical Languages) and will be pursing a PhD in the near future.  Jimmy currently works at a Maternal-Fetal Medicine office where he spends his lunch breaks reading Septuagintal Greek.  He also works as a student grader and occasionally substitutes for Greek, Hebrew, and Linguistics classes at HBU and SWBTS. During the summer he enjoys teaching Greek grammar classes at a local prison.  He is a deacon at First Colony Christian Church (Sugar Land, TX).  Jimmy is married to Jessica and they have two dogs – Charlie and Parker.

Jimmy is interested in Biblical Languages and Linguistics.  He loves reading books about language and the brain and is especially interested in how humans process language.

3 thoughts on “The Authors”